In 1987 I was lucky enough to enjoy two train chasing holidays in the USA. The first, at Easter, saw me riding an Amtrak Railpass, the second, in October, involved flying out to Chicago, home from Boston and riding trains in between.

I started the Easter trip flying to New York on British Caledonian, then riding a 'clocker' from Penn Station to 30th Street Philadelphia. After a night and day around Philly I planned to catch the overnight Montrealer to Montreal and then by day train to Toronto, to meet up with a Canadian friend. But there was a problem, the Montrealer had just been suspended on account of track problems. Plan B involved abandoning Philly early the following day, heading back to New York for the day train to Montreal, the Adirondack over the former D&H. Once in Montreal I caught the Cavalier overnight to Toronto, sleeping in a section! and found myself the following morning at Burlington West in the Toronto suburbs.
Read More 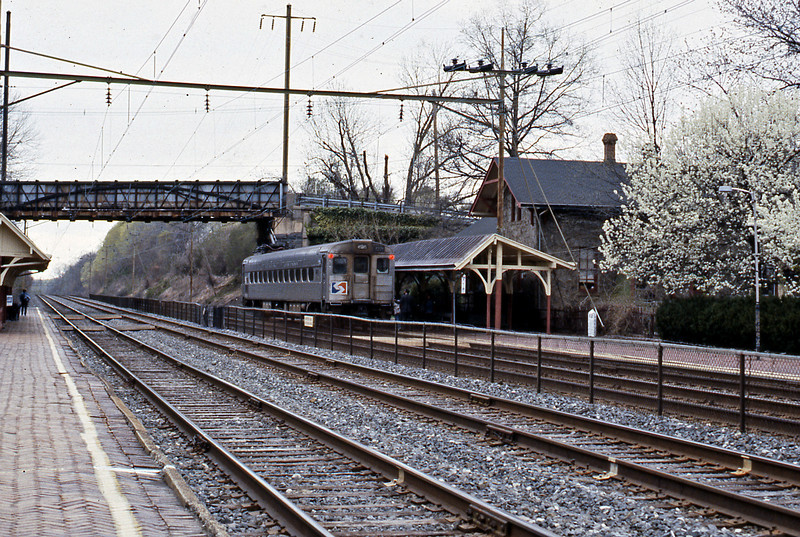 In the opposite direction a Silverliner II on a Paoli local makes a stop at Villanova.