Four islands in the Mediterranean - Sicily, Sardinia, Corsica and Majorca - still possess public railway systems, that on Sicily being an extension of the Trenitalia network courtesy of the train ferries that ply the Straits of Messina. Two other islands, Malta and Cyprus lost their railways many years ago. These pictures were taken between 1983 and 2001 whilst on holiday on Sicily, Corsica and Sardinia.
Read More 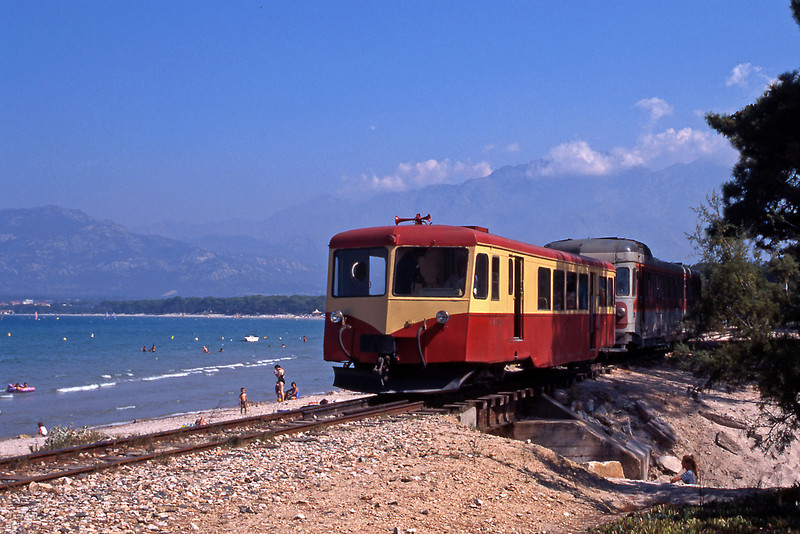 On 31st August 1997 we flew from Stansted to Calvi in Corsica to enjoy a two week beach holiday. This was the same day that the ex-Princess of Wales died in Paris. To watch the outpourings of grief from home over the following two weeks was a very bizarre experience. The metre gauge Chemin de fer du Corse ran a frequent service between Calvi and Ile Rousse to cater for holiday makers - the Trains-Tramway de la Balagne - using demotored Bilard railcars pulled and pushed by 50 year old Renault ABH8s, as here aproaching Calvi.