I always think Autumn is most definitely with us after October has seen off September, and the RHTT trains make their annual appearance. And this year the 1st of October didn't disappoint. It was bright but cool, partly sunny (about 50/50) and little or no haze. Sadly some of the trains didn't behave, running late or not at all but you can't win 'em all! The RHTTs themselves made their first appearance the following day. One new feature of the Colas operated Gloucester Horton Road based set, currently 56105 and 56096, is a daytime run down the Severnside Line via Chepstow from Cheltenham Lansdown Goods Loop to Newport and back to Horton Road. So far on all four occasions it has run it has turned round at Severn Tunnel Junction, and not Newport.

Friday October 5th was the final weekday of the Bristol Parkway possession and consequent diversions. I spent it along the Severnside line between Chepstow and Gloucester.

The brief Indian Summer we had been enjoying came to an end on Thursday October 11th with the impending arrival of Storm Callum. What followed over the Friday and Saturday were some of the wettest spells of weather in South Wales for 30+ years.

On Thursday October 18th I had an afternoon appointment in London. Catching the 08:08 from Abergavenny I managed a few hours train watching along the North London Line before I had to be in Central London. Caught the 15:45 home, changing into the Gerald of Wales at Newport and arriving back in Abergavenny at 18:00. Standing in the front vestibule, the train was full, listening to Wrexham & Shropshire liveried 67014 in the twilight as we climbed the Marches Line was a splendid end to the day.

Friday 26th found me in Oxford, on an abortive attempt to get a shot of the Banbury Road to Whatley empties leaving Wolvercote Tunnel, the return turned out to be a light engine. Not much reward for a six hour round trip by bus from my father in law's in Marlborough!

November brought a subtle change, still mild but cloudier and wetter. On the 6th there was a ferry move of redundant 315 EMUs from Ilford to Sims Metal Management, Newport Docks for recycling. I can remember their introduction, replacing the LNER designed 306s on services from Liverpool Street when I lived in Forest Gate. After almost a week of heavy showers or longer periods of rain, Tuesday 13th offered a respite as a ridge of high pressure settled things down. I took myself off to Birmingham on the train and another visit to Water Orton.

On November 23rd, a Friday, I had a mid afternoon appointment in London. Catching an early train from Abergavenny I had a few hours spare but the weather, both in Abergavenny and London, was universally driech so I didn't stay out for very long. But after the appointment I had to wait until 18:45 for my train back to Newport, wiling away the time riding a Chesham bound fast train on the Metropolitan line from Baker Street to Moor Park. I timed it from Harrow on the Hill to Moor Park, we did the 5.86 miles start to stop in 7.1 minutes which is an average speed of 49.5 mph, not bad for an Underground train.

The final week of the month was topped and tailed by some fine weather, in between were spells of exceedingly wet and very windy weather. Wednesday promised to be quite interesting but sadly there was a fatality between Crewe and Shrewsbury in the morning, which disrupted all services for much of the day.
Read More 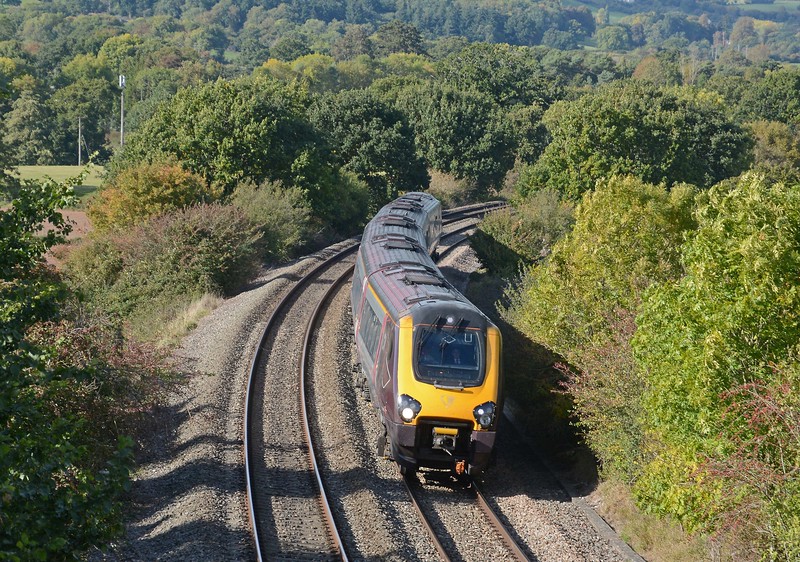