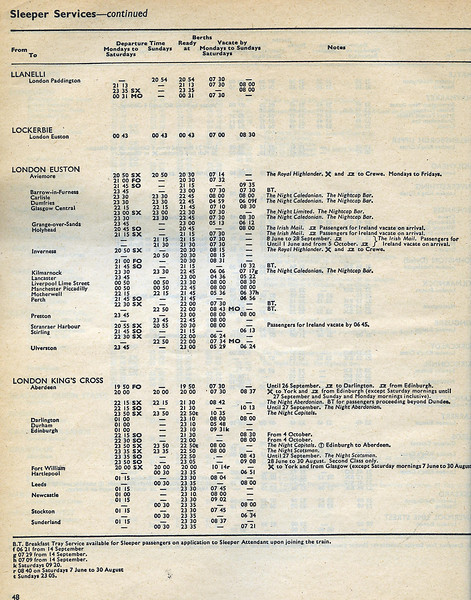 Perhaps the greatest change is the reduction in sleeper services over the years. Today, mainly due to faster daytime journeys but also depredation by low cost airlines and extensions to the motorway network, just three sleepers survive, the two Anglo Scottish trains and the Night Riviera to Penzance. A far cry from 38 years ago when there were multiple Anglo Scottish trains on both the WCML and ECML, a Nottingham to Glasgow sleeper over the Settle and Carlisle, from London to Manchester, Liverpool, Barrow, Sunderland and Newcastle and to destinations in both North and South Wales as well as two trains to the South West. And there was also a Glasgow and Edinburgh to Bristol sleeper and an internal Scottish sleeper from Glasgow and Edinburgh to Inverness