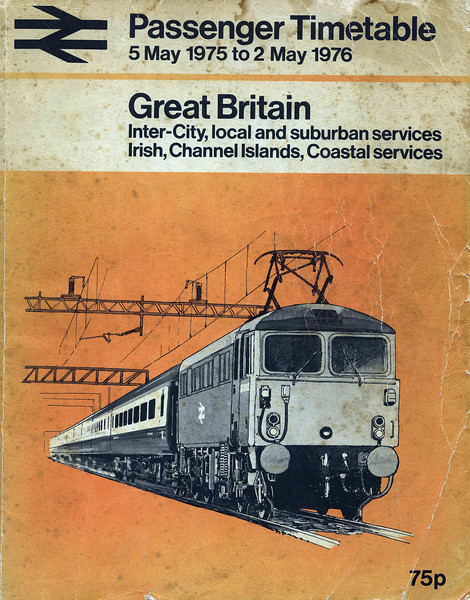 Back in 1975 the Electric Scots adorned the timetable's cover, the headline grabbing 5 hour schedule of the Royal Scot (Euston 10:45, Glasgow Central 15:45) was comfortably faster than the Flying Scotsman's five and a half hours from Kings Cross to Edinburgh. Of course HST introduction on the Western Region was only a year away and would eclipse, in speed terms, both Anglo Scottish routes in due course.

Interestingly many preserved lines were also included as are Irish Sea and Isle of Man ferries, and those to Orkney and Shetland and the Channel Islands. Continental services are in a separate timetable.

What is immediately apparant comparing 2013 with 1975 is the increase in frequencies on almost all lines.